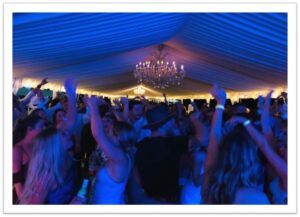 Every musician has a story to tell when it comes to bad show experiences. Disastrous tours, shady venue owners and promoters, and unruly audiences abound. Low pay and a lack of respect for musicians are the most common occurrences that musicians share. A lot of negative live music experiences are rightfully chalked up to inexperienced musicians paying their dues. Many others are rooted in a society that, until now, doesn’t value live music and artists the way it should. However, the pandemic may just reawaken a new and enduring appreciation of live music now that it’s not widely available.

Nearly every facet of human life is changing around the world, and our collective relationship with music is no exception. In the pre-COVID world, it wasn’t so much that the world had a lack of respect for live music, but that there was so much of it offered for free or cheap that was taken for granted. Take your average ambitious, unestablished band, for example. Before the pandemic, you could find bands like these performing in venues every night of the week around the world. Many of these bands toured and performed regularly for low or no pay in the hopes of building their audience. Performing regularly is a mandatory part of being a serious musician. However, the downside of playing for low pay is that it has the potential to devalue live music.

There were, of course, major superstars selling out arenas for hundreds of dollars a ticket before COVID. Yet, the gap between these shows and the ones smaller performing musicians played seems to have widened in recent years. Many audiences were more than willing to pay loads of money to see musicians they knew from the radio. They had little to no interest in seeing local artists for free. If we think about what live music was like before the pandemic from an economic perspective, there were far too many artists willing to perform and not enough audiences to appreciate their work.

But now it’s not clear when and how it will be safe to be together in groups again. Checking out local bands didn’t sound appealing to a lot of people before. However, many long for live music experiences of any kind now that they’re not available.

Also, this includes Wedding Bands, Convention and Corporate Entertainment. The extreme situation we all find ourselves in is impactful enough to reshape perceptions of live music and other in-person experiences permanently moving forward. This could mean good things for musicians who share their music through live performances. On the other hand, it can be devastating for everyone in the short-term. We seem to be coming out a bit from Covid-19, However, it is still here and the future for live music remains to be seen.

Sign up to get interesting news and updates delivered to your inbox.

EVENT ENTERTAINMENT FOR THE FOLLOWING LOCATIONS: